Unconventional theories of what works - NADA

You can lead a horse to water, but you can’t make it drink. So if the AOD sector led a hundred horses to water and they noticed the majority weren’t drinking, at what stage would they stop and wonder: ‘What’s going wrong here?’ Abstinence has not been an option for me; opioid treatment has worked. It’s kept me stable and luckily (cross fingers) kept me out of prison all these years. But I realise it will only work so long as I live in Sydney, and only then because I’ve managed to find the flexibility to live life on my terms. It’s worked this long; however, like I said, I doubt it would work anywhere else. If I didn’t have the combination of the prescriber, pharmacist and the money to pay for this treatment—it simply wouldn’t work. Having those factors fall into place, knowing the clinical guidelines, knowing my rights and being in a position where I can advocate for my rights makes it work for me.

But I’m still scared: what if my doctor retires (as I’ve experienced before), I become incapacitated (which I’ve witnessed with friends), I need to move out of Sydney (likely to occur because of costs), the guidelines change (this has happened too), or the pharmacist raises prices and I can’t afford it any more (another experience of mine)? Scary stuff—so what works for me is a group of factors falling into place at the right time and place, but they are arbitrary and hinged on external factors. But, what about what works for others? I spoke with several people about what was positive for them in relation to abstinence, therapeutic communities and/or opioid replacement treatment and delved into the question of: What works for you? Everyone interviewed had attempted at least two of these conventionally accepted AOD treatments more than once.

To begin, these ‘treatments’ (for want of a better word) were largely viewed as forms of control. They were perceived as being pressed upon them by external factors—not necessarily something that people wanted for themselves. For some it was other peoples’ expectations of what they should do; or a choice to adopt treatment to avoid harsher situations: fear of children being removed, being forced into treatment rather than accepting incarceration, parental pressure, or a combination of similar options. So we need to be careful that ‘what works’ is working for the individual and not just meeting other peoples’ expectations. Not one option was preferred more than any other. Rather, the themes raised most often were those that underlined human factors rather than treatments themselves which would make them as individuals ‘better’. However, everyone found something which worked for them in some way. As Jason explains, ‘Using drugs can be a really lonely experience—you’re cut-off and you can’t trust anyone … but while being in rehab can be a nerve racking experience, when you see that “glow” people get when they aren’t using, or you’re hanging around with non-users and make connections and have good belly laughs, you’re sense of self-worth increases.’ Connections are important, and so too is structure and having a routine: a life you don’t want to give up. Jason describes this experience as, ‘I wake up and say; I feel good about getting up today because I’m not overwhelmingly depressed and I have a purpose. When I have to “get on” as a priority, I can’t do anything else.’ These sentiments are reflected by others who suggest that having a purpose, goals, a plan—regardless of the treatment they are attempting, helps. Meaningful direction is suggested as a means to an end. Yet also, activities like study can provide additional benefits such as leading to employment. Alan suggests it’s about ‘shifting your headspace’. Therapeutic communities can make you more self-aware, you interact with people without being ‘shit-faced’, and providing the facilitators are good—they know when to push rather than punish—it can eventually give you the confidence to take on the world, find a path to follow. When these factors come together, therapeutic communities work for Alan.

For others, therapeutic communities worked when the lessons learned could be taken back into the ‘real world’. For instance, learning practical strategies to aid in negotiating the real world, to help in making informed choices, gaining knowledge of available and appropriate services, and maintaining connections with those in similar circumstances or with recognisable life experiences.

So, having touched at the edges of ‘what works’ for people in the spheres of opioid treatment, abstinence and therapeutic communities what is the take home message for service providers? Viewing people as individuals with no ‘one-size fits all’ treatment. Acknowledging that not everyone even wants to be in a form of treatment and that they may be there for reasons other than ‘getting better’ on someone else’s terms. Alan throws up his hands and says, ‘recovery is confusing, you do become lost and in a shit place. It can take lots of attempts at different things to be the person you want to be in the place you want to be. It may not even have anything to do with drugs and treatment.’

NADA proudly acknowledges the Gadigal people of the Eora Nation as the custodians of the land on which our office stands. We extend this acknowledgement to all Aboriginal and Torres Strait Islander people across Australia and pay our respects to Elders past, present and future.

NADA is a member of 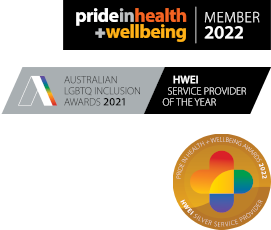